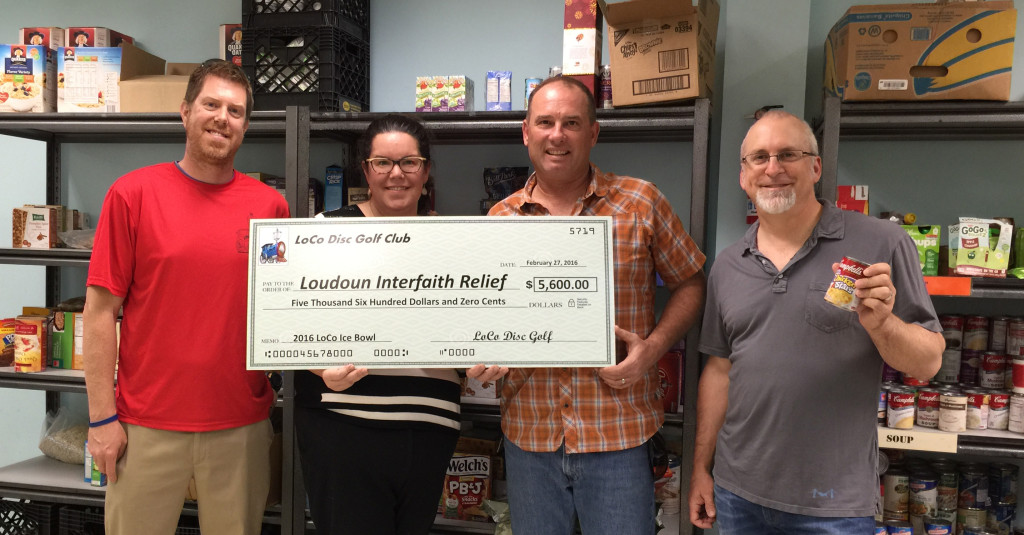 The LoCo Ice Bowl is part of an international series of winter disc golf events dedicated to fighting hunger. Since 1996, over $3.1 million dollars have been raised via Ice Bowl® disc golf tournaments. The LoCo Ice Bowl, through the efforts of the LoCo Disc Golf Club, has raised over $10,000 and 580 pounds of food over the past 5 years, with 100% of donations going directly to Loudoun Interfaith Relief.

This year’s LoCo Ice Bowl was originally scheduled to take place on January 23rd, 2016 but had to be postponed due to blizzard conditions that dropped up to 3 feet of snow in the region. Even though the first rule of the Ice Bowl is, “Under no circumstances, may an Ice Bowl® be cancelled or postponed because of weather conditions”, with wind gusts up to 50mph and many roadways impassable, Loudoun County closed all facilities, including Franklin Park, making the postponement necessary.

The good news is that, by delaying the event for one month, club members had more time to raise money and collect food for Loudoun Interfaith Relief, and that almost certainly helped the club exceed its stretch goal of $5,000 in cash donations for 2016.

Loudoun Interfaith Relief is Loudoun’s largest food pantry serving more than 15,000 people annually through more than 30,000 visits.  Forty three percent of those served are children. For more information, visit their website at www.interfaithrelief.org.

For more information regarding the LoCo Ice Bowl or general club information please email [email protected] or join us on Facebook.