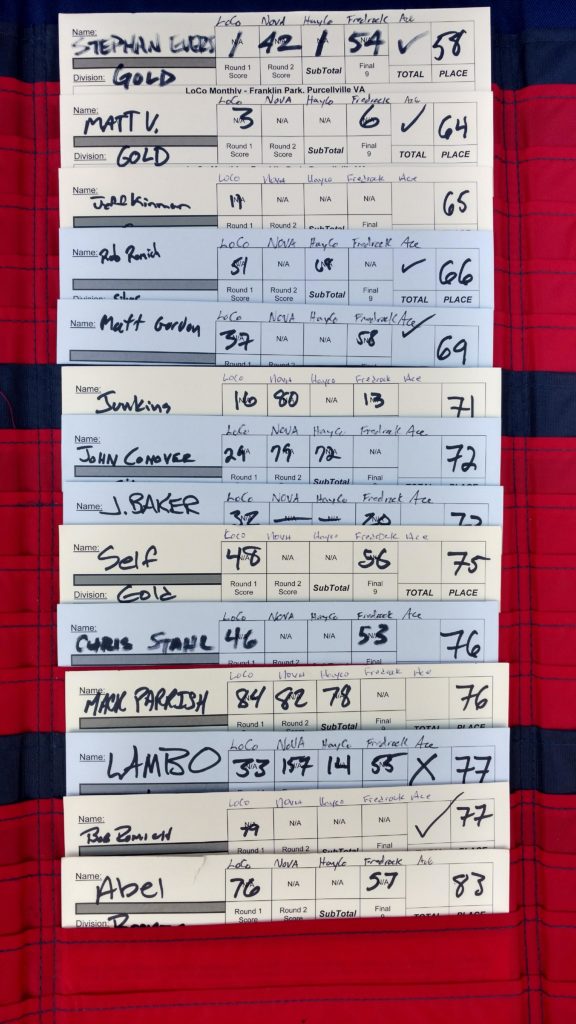 Leesburg, VA — Loudoun Hunger Relief (LHR) is thrilled to announce that the 2018 LoCo Ice Bowl has raised over $12,500 to help alleviate hunger in our community.

This is the sixth year that this fun event has benefited LHR. The LoCo Ice Bowl, sponsored and run by the LoCo Disc Golf Club, is a disc golf tournament held each winter. The motto of the tournament is “No Wimps, No Whiners” and participants are expected to play no matter what the weather.

This year, the LoCo Ice Bowl was held on January 27, and players were treated to a phenomenal 50 degree, sunny day. LoCo Disc Golf Club Vice Chairman Brian Junkins said “We would like to express our sincere gratitude to the participants of the tournament, who helped us exceed our goal and raise more than $12,500 and nearly 450 pounds of food for LHR this year!”

Loudoun Hunger Relief Executive Director Jennifer Montgomery stated “We love the community spirit of the LoCo Ice Bowl, and deeply appreciate the support of the LoCo Disc Golf Club. Their assistance not only helps us feed our neighbors in need, but also helps get the word out about hunger in Loudoun County. We can’t wait to play next year.”

The LoCo Disc Golf Club is awaiting this year’s nationwide results. The club was 6th in the nation for funds raised in 2017, and is hoping to break into the top 5 for 2018.. Loudoun Hunger Relief is grateful to be the beneficiary of their efforts.

About LoCo Disc Golf Club
The LoCo Disc Golf Club is a 501(c)(3) charitable organization incorporated under the laws of the Commonwealth of Virginia. Our mission is to grow the sport of disc golf, host tournaments for all skill-levels, support other disc golf clubs in the region, and provide support to local park departments and private land owners in maintaining and installing disc golf courses in Loudoun County, VA. For more information about the LoCo Disc Golf Club including membership, events, or general disc golf questions, visit www.locodiscgolf.com.